To access the new Task View feature in Windows 10, you'll locate and click its button, which is anchored on the Taskbar adjacent to the Start button (Figure A).

The Task View button is anchored to the Taskbar adjacent to the Start button.

When you access the Task View, you'll see your running application and the black desktop bar. 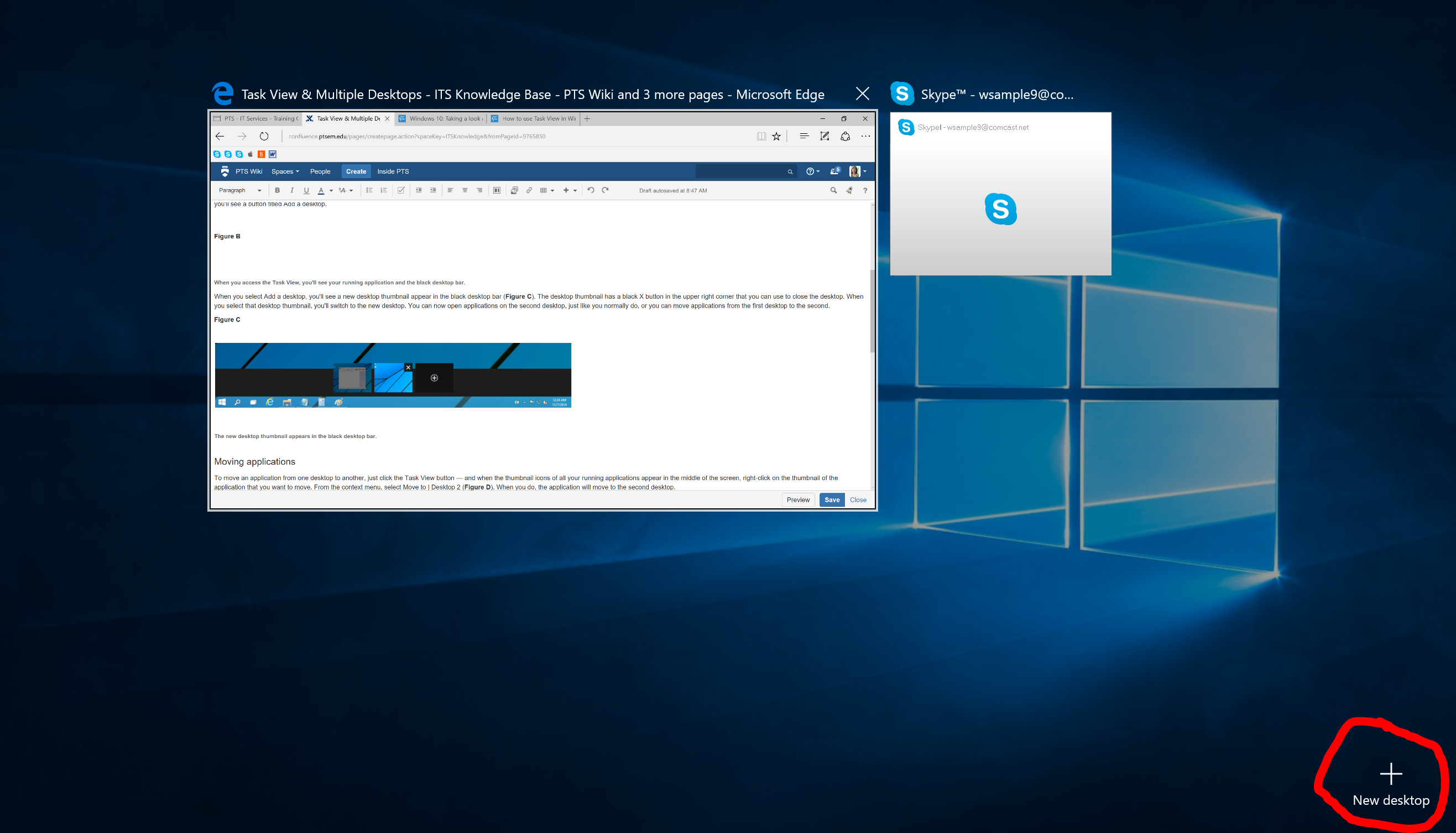 The new desktop thumbnail appears in the black desktop bar.

You can move applications between desktops by using the Move to command.

Another way to move applications from one desktop to another is to just close the desktop using the black X. When you close a desktop, any application on that desktop will immediately move to the next open desktop.

When you're using multiple desktops in Task View, you'll discover that all desktops share the same Start Menu and Taskbar. This makes it easy to launch and switch between your running applications. Now, if you take a close look at the button on the Taskbar, you'll notice that the icons have a different look when the application is on another desktop. As you know, the Taskbar buttons of running applications have a translucent overlay on top of them. Well, on Taskbar buttons of applications that are running on a different desktop, that translucent overlay actually appears below the button's icon (Figure E).

Applications running on a different desktop show the translucent window pane below the button's icon.

The best part is that clicking the icon switches to the desktop on which the application is open and activates the application. This switch is accompanied by an animated transition that shifts the entire screen to the left or right, depending on where the desktop is.

Of course, you can still use the good old [Alt]+[Tab] task switcher to move between applications. If you select an application that's on a different desktop, the desktop switch occurs along with the animated transition.